Hurricane Irma – The Lasting Effects on People and Properties

On August 30, 2017, a tropical wave developed a soon-to-be destructive hurricane near the Cape Verde Islands. Hurricane Irma intensified until it became a Category 5 hurricane by September 4. On September 5, it made its way between Cuba and the Florida Keys leaving a path of destruction behind it.

Hurricane Irma has been one of the most intense hurricanes to ever come out of the Atlantic and lasted longer than any other before it, leaving destruction reminiscent of 2005, when Hurricane Katrina hit. It is by far the longest Category 5 Hurricane, spanning at a total of 37 hours, since the satellite storm tracking exists and maintaining a wind of 185 mph or above than any other storm.

Hurricane Irma is also said to have a tropical storm force winds square mileage of 70,000. It is even bigger than the total land area of Florida, spanning at 65,000 square miles.

The devastation of Hurricane Irma lead a massive scale evacuation in affected areas, creating the largest evacuation in the United States and in the Bahamas in history. About 5.6 million people were ordered to evacuate by Sunday, prior to the landfall of the storm.

Trees were uprooted, cars overturned and infrastructure destroyed. At least nine statesexperience flooding from the storm. The entire hurricane stretched up to around 650 miles going from East to West, flooding major cities and causing tremendous destruction to properties.

An estimate of 65% of homes suffered major damages in the Florida Keys while 25% of homes were destroyed. A maximum of 15 feet surge flooding was predicted along the Southwest coast of Florida.

By Monday, Hurricane Irma flooded the downtown area of Charleston, South Carolina and other coastal communities. A peak of nearly 10 feet high was witnessed along the Charleston Harbor. It devastated the tourist cities of Savannah, Georgia and several major highways.

As Hurricane Irma progresses into the different parts of the country, more people suffer the huge damage in properties.. Millions of people are still experiencing power loss all across the Southeast areas. In Florida alone, 1.3 million people lost power during the first four hours of the landfall of Hurricane Irma.

As of this week, the Department of Homeland Security reports nearly 15 million people being forced to pick up pieces without any electricity.

Power losses are some of the greatest impact of a natural disaster. Electrical lines were broken and poles were uprooted. In Florida, the location of the power grid also contributes to its immediate damage. About 60 percent of the power grid is above the ground, thus easily affected by uprooted trees and strong winds.

Shortage of gas supplies left people more distressed with the aftermath of Hurricane Irma. According to sources, over 43 percnt of Florida gas stations are dry or out of service. There are also other shortages in other cities. In Gainsville and in the Miami-Fort Lauderdale region, about 60 percent of gas stations are experiencing shortages in fuel.

Among the reasons why gas stations are not functional is due to the property damage brought by the storm. There are also road closures, which blocks the fuel supply to some gas stations.

Millions of people endure the damage in their properties and the psychological and emotional effects of Hurricane Irma. Unfortunately, for some families, they also bear the loss of loved ones during the disaster.

According to recent records, several deaths were reported all over the US mainland.

Predicting the occurrence of a natural disaster can prepare everyone from incurring all of the damage. In Florida, Various preparatory activities have been carried out prior to the coming of Hurricane Irma.

According to top officials, a $77-million budget was spent. There are 3.2 million litters of water set aside, 24,000 tarps and 67 trailers of meals. About 7,000 National Guardsmen were sent out to aid victims of the disaster. More than 400 shelters have been setup for evacuations and relief centers. There are also search-and-rescue teams on stand by with some teams ready to assist in key areas where the hurricane will hit.

The destruction to properties and lives cost billions of dollars in total to the country. Apart from its overall damages, there are also severe costs brought by the previous storm, Hurricane Harvey.

According to analysts, combining the two hurricanes can expect a total damage of $150 billion to $200 billion. Previous predictions indicate an economic impact of $300 billion from Hurricane Irma alone. There is also the cost of economic disruption, which will add $20 billion to $30 billion.

The aftermath of Hurricane Irma created a number of challenges not just to the affected communities and residents but also to the government officials and different organizations. There are many restorations to be done all over the affected states such as removal of debris on the road, repairing streets, repairing homes and cleaning up on public areas.

People in evacuation centers also need assistance in going back to their homes. There is also the need to provide relief goods to people affected. Fuel supplies must be addressed.

Officials in Florida are dealing with the gas shortage situation to provide people with fuel to go back to their lives and homes. Gas stations are encouraged full participation to deal with the situation such as opening late when located along evacuation routes. There is also a priority of fuel shipments and assistance and waiver restrictions on cargo ships delivering fuel. 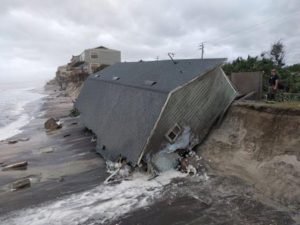 Are You Lagging, Leading or Both?
Scroll to top