Keeping the roads safe is a major priority faced by the government due to the rising number of fatalities by car accidents every year. Victims and their families go through severe physical and emotional pain during the aftermath of the incidents. Others even suffer worst fate such as death in serious accidents.

In 2015, the National Safety Council released a study that found that 2.3 million car fatalities occurred within duration of 6 months, an increase of 30% from the previous year.

While car accidents involve physical injuries, there are also significant financial costs that are associated with incidents. Added reports from the National Safety Council indicate an increase in the estimated total cost involved in all the accidents. These costs include wages, medical expenses, property damages and productivity losses.

Most of these traffic accidents are incurred while drivers are at work. The Center for Disease Control and Prevention (CDC) reports that 35% of the occupational fatalities are due to auto accidents involving employees at work. In fact, CDC stresses that death in car accidents are among the top causes of fatal work injuries.

Workers spend a lot of time on the road each day either travelling for work or as part of their job requirements. However, most common causes of car accidents are due to alcohol impairment, distracted driving and speeding.

Car accident cases in 2009 also estimate a total of 347 pedestrian workers killed due to being struck by a running vehicle.

In an effort to reduce these recent rises in accidents, the NSC launched an online safety kit that will help minimize road accidents and help drivers avoid any fatalities on the road.

The Safe Driving Kit is a resource for drivers to learn the proper and safe ways to be driving on the road.

The kit is an online tool that offers various multimedia resources about car accidents. It addresses major contributors to road fatalities such as fatigue, distracted driving, drugs, alcohol and even the improper use of seatbelts. It also includes awareness on lifesaving technologies to help avoid any car crash incidents. 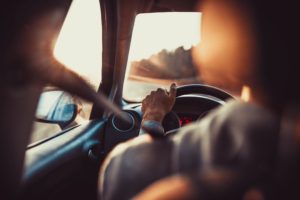