Making the Workplace “Safer” with Automated and Robotic Workers.

The REAL Implications of Automation.

We may be a few years away from needing to call on Will Smith to put down a robotic uprising; however, first blood has been spilt between robots and humans.

Robotic workers are rapidly becoming a large part of modern manufacturing processes. It has become a popular idea to automate dangerous processes with robotic systems in order to improve safety for employees. As a matter of fact, according to a study published by the Oxford Martin School, “47 percent of jobs currently done by people in the United States will be done by machines and software within two decades.” That doesn’t necessarily mean we’re going to see a 50 percent spike in unemployment, or a reduction in workplace incidents for that matter.

So far, many companies that employ robots have actually increased staffing levels to support their robotic equipment. Now we are presented with new workplace risks of employees being harmed by robotic equipment. Since 1996 there have been a fair number of workplace fatalities related to robotics and as we continue to automate more processes, we can expect to see these numbers increase in the near future.

One particular incident in 2001 occurred in a car manufacturing plant. While an employee was cleaning at the end of his shift he entered a robot’s unlocked cage. The robot grabbed his neck and pinned the employee under a wheel rim, where he suffocated to death. The robot was confined to a cage but similar to a silverback gorilla at a zoo, the cage only works if you stand outside of it. Once the employee stepped within the machine’s reach, it was unable to tell the difference between his neck and a car part. It is terrifying when a machine turns on a human, but robots don’t think about what they’re doing.

Robots only know to grab item A and attach it to item B. Whether item A ends up being the proper car part or an employee’s limb may be entirely based on what the robot is able to grab first.

A quick change in the software algorithm may prevent the same incident from re-occurring. However, the point is that “robotic” and “automated” are not synonymous with “fool proof”. Automation creates new risks that in many cases are not foreseen and safety often must play catch-up.

Robotic Workers In The Near Future

When new processes or technology are introduced, there is always a “trial and error” phase. During this time nobody can predict every possibility and therefore an increased risk of the unexpected may occur. Unfortunately, this may give people the opportunity to react and adapt only after an incident has occurred. It falls on the shoulders of the safety professionals and the risk management team to be diligent and proactive in their analyses of new process changes. They will be expected to have thought through the potential risks and avoid over-trusting the latest technologies. Safety considerations should be a part of the initial technology implementation, not an afterthought or consequence of a process-gone-wrong. 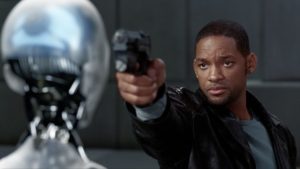