As many as 69% of injuries and illnesses may never make it into the Survey of Occupational Injuries and Illnesses (SOII), according to a study done by the Committee of Education and Labor.

This means that there are up to three times more injuries occurring than the SOII reports suggest. Moreover, it’s estimated that injury rates in industries such as construction might be twice as high as the Bureau of Labor Statistics reports suggest. Such high numbers of potential underreporting should worry any employer for a number of reasons.

In a study done on Las Vegas hotels, it was determined that 60% of the employees in the study suffered from a workplace injury that should have required a doctor’s visit. However, two thirds of those cases went unreported to either the employer or a doctor. When incidents aren’t reported, corrective actions cannot be properly taken and it is quite likely the same incident will reoccur in the future.

One of the leading causes for underreporting is that “Some workers do not want to get caught up in the slow difficult workers’ compensation process.” While others are either not aware that their injury is reportable or they find OSHA’s reporting criteria confusing. Even worse, some employees will not report an incident out of fear of being stigmatized or punished, especially since it can be difficult or even impossible to submit a report anonymously.

Simplifying the reporting process can be a great first step in creating a safer environment. The more incidents that are reported the better a company can avoid any OSHA violations and promote a happy and engaged workforce. 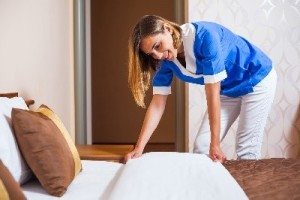